Gary’s parents had a popup trailer and they weren’t afraid to use it.  They spent a lot of time camping in New York state especially around the Finger Lakes.  My family didn’t venture out of New Jersey.  So looking to get out of the heat in Georgia and see what Gary has been talking about all these years, we rented a car and drove to Watkins Glen at the south tip of Seneca Lake one of the finger lakes.  While we arrived in rain, the next two days were clear blue skies.  The trailhead for Watkins Glen State Park begins right in town.  Be prepared for stairs and to get wet but the hike up to the highest falls is well worth it. 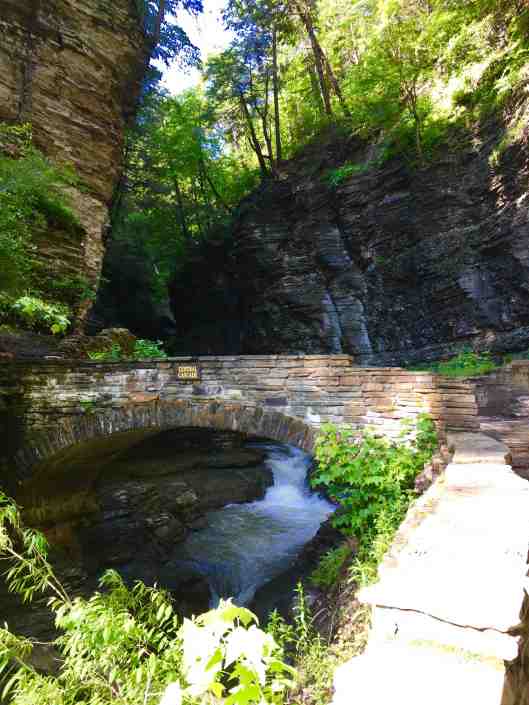 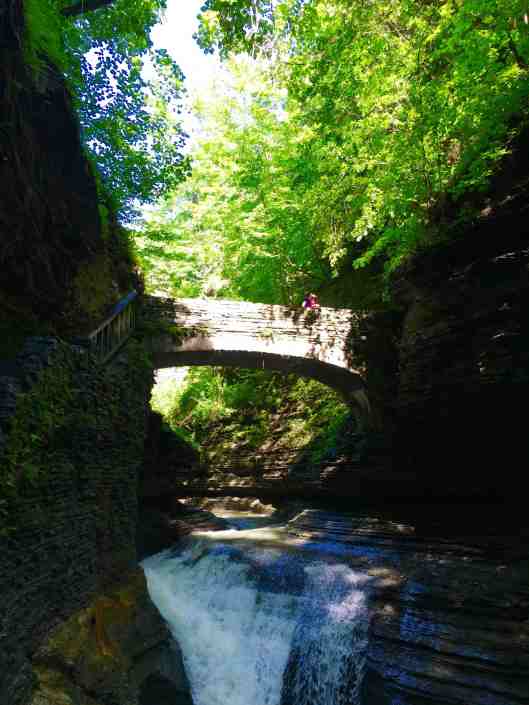 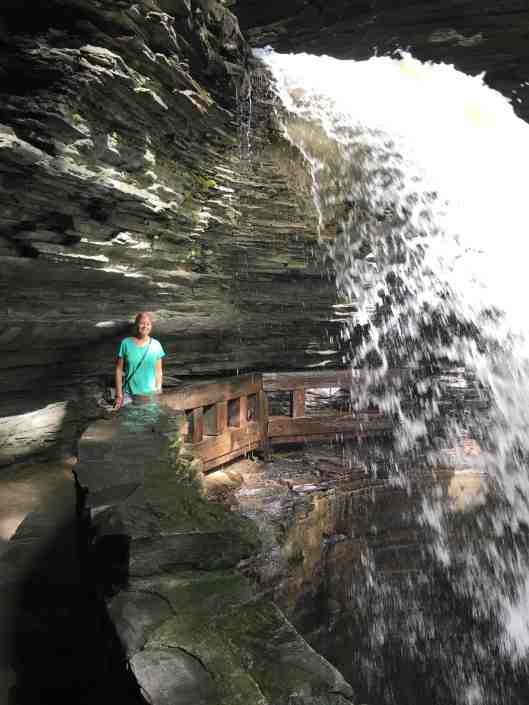 Me standing a little further away. But we had to pass behind in order to keep going up

We always seem to be close to the water. This one was right outside our hotel. We didn’t pay extra for the water view LOL.

Wanting to see more we headed over to Hammondsport on another finger lake called Keuka Lake.  Aviation buffs will know that as the home of Glenn H. Curtiss.  Curtiss developed engines and motorcycles and then went on to develop ‘flying machines’ at the same time as the Wright brothers.   There is a great museum by his name that not only displays his early motorcycles and planes but boats from that era as well as the precursor for the RV. 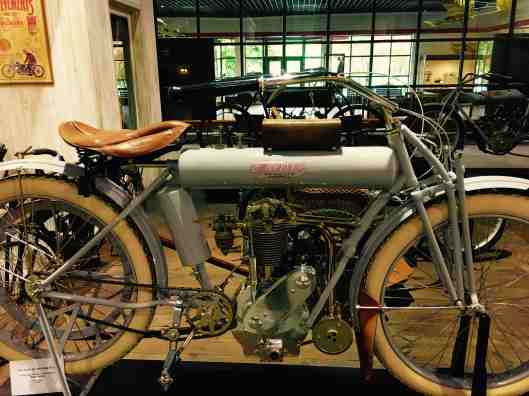 Our third stop was Corning where we visited the Corning Museum.  If you like glass sculptures, this is the place.  We were able to squeeze in their glass blowing demonstration, which was awesome to watch.  Somehow they make it look so easy.

Somehow we only took this one picture in the Corning Museum. I guess we were in awe and forgot to snap any. That is a lynx made out of glass.

We learned a lot of things this trip including that we like Riesling wine.  The guy at Pompous  Ass Wine Company turned us on to it.

Thank you Barb and Ted for your hospitality!

My sister Barb and brother-in-law Ted. 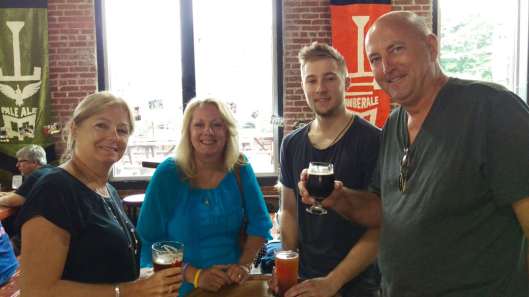