Who doesn’t remember Randy Quaid in Christmas Vacation standing in his bathrobe smoking a stoogy announcing that the ‘shitter was full’ while a toxic glow is emanating from the sewer.

Major events are always a series of events. One item on our list of things to do before leaving the boat for Arizona was to have the waste tank pumped out. As luck would have it, the machine on our dock was not working. Ok not happy but not a major deal until the morning of our departure. Gary took a look into the stern head and noticed that it was unusually full. Hmm had Cindy used it and forgot to flush?! NOT!

The modern cruising yacht is a very complex and technologically advanced machine. Much more advanced then the average home. Computer navigation, multiple GPS devices, solar panels and controllers, water makers, wifi, radios, satellite communications, weather receivers, auto pilots, generators, freezers and refrigeration. In addition, water and waste must be stored onboard and this requires many pumps and valves not required in a normal home. Gravity on a sailboat doesn’t play as big a role on a boat as it does in your home. Pressure values in the heads keep waste in the tank and out of the hoses connected to the toilets.

So what happened? Two hours before departure we stood there watching waste water filling up the stern toilet. We suspected that the pressure valve was malfunctioning. Okay, if we used the Shop Vac to pull waste out of the hose, it should stabilize and stop leaking in to the bowl. Sounds logical right? NOT! Several attempts at this did not work. One hour left until we needed to leave. Frantically looking for a solution the dock hand mentioned the pump-out two docks away was working. Why did he not mention this earlier?!! Quickly start the engine, untie the lines and we left the dock quicker then we ever have before to meet up with the dockhand who quickly took care of the smelly situation. The cross winds were up and it took 4 dock hands to help us back in to our slip. Luckily I had a list of all the last minute things to do before leaving the boat so all we had to do was calmly go through the items and lock up the hatch!

A three hour bus ride to our hotel in San Jose del Cabo, two Pacifico’s, two shots of Tequila, a shower and change of clothes and everything was right with the world. This was more stressful than the morning in 1980 when we were leaving for a trip to Colorado and we found a skunk in our sump pump in the basement. LOL 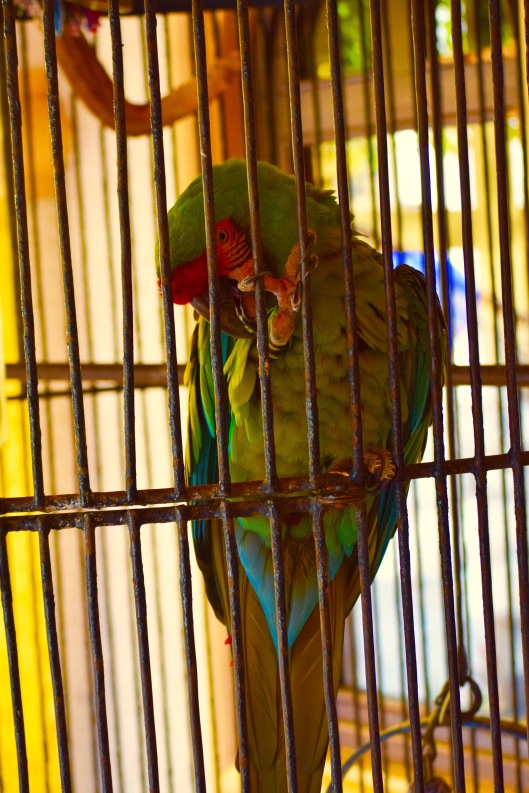 A parrot outside our hotel room in San Jose del Cabo 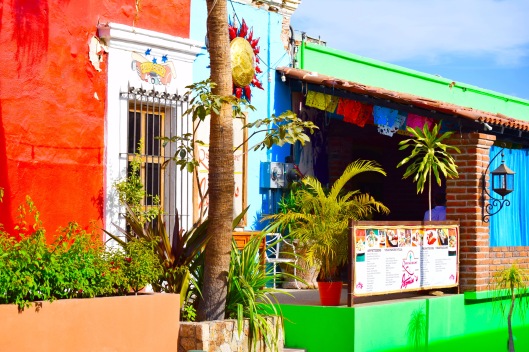 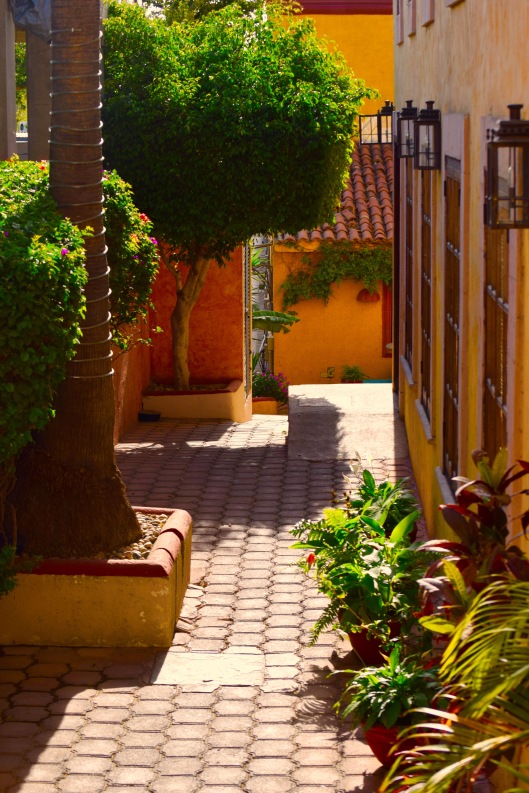