There isn’t a lot of places we can stop with the boat on the Pacific coast of the Baja Peninsula so we rented a car and hopped on over to the surf and beach town of Todos Santos on the west coast about 1 1/2 hours from La Paz. I had not driven since the end of October and I thought it would feel weird but it didn’t phase me (I do the driving and Gary navigates, it works for us 🙂 ). And it was really nice to have a brake peddle!

We chose the Todos Santos Inn to stay at because it was right in the historic district and it was very old. I knew that only 2 streets were paved and the remaining were dirt. Part of the charm. Here is the sight that greeted us when we arrived in town

The town has decided to pave the remaining streets, put in new sidewalks and all lines underground. They are not just working on one street at a time. Everywhere you turned there were jackhammers going, big holes with no barricades, and mounds of dirt. And the funniest thing was, you could and people did drive down the streets being worked on. The only thing stopping the cars was if the road was totally impassable. Sidewalks here in Mexico are treacherous anyway, but this was a riot. We were walking down one sidewalk and came to a sudden drop. Good thing it was daylight!

This was an elaborate blue sidewalk we were walking on. Then it just ended!

But construction and noise aside, we could see that this was indeed a cool little town and I think we captured the good parts in our pictures. I’m hoping that the changes they are making do not ruin the spirit of the place.

We loved the inn and probably would have stayed another night but for the construction. The innkeeper prepared a little history on the place which we tried to capture here in these photos. 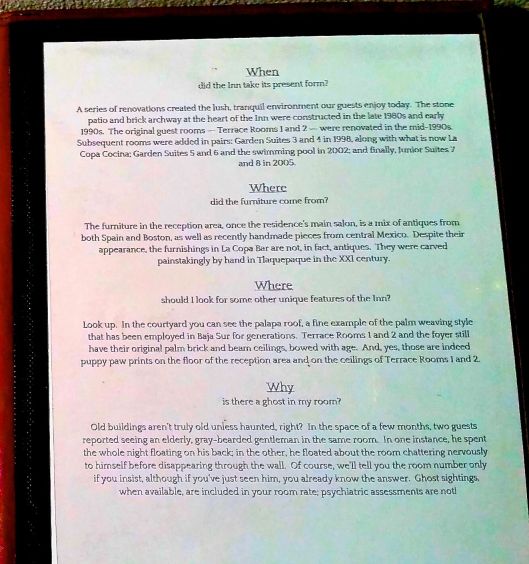 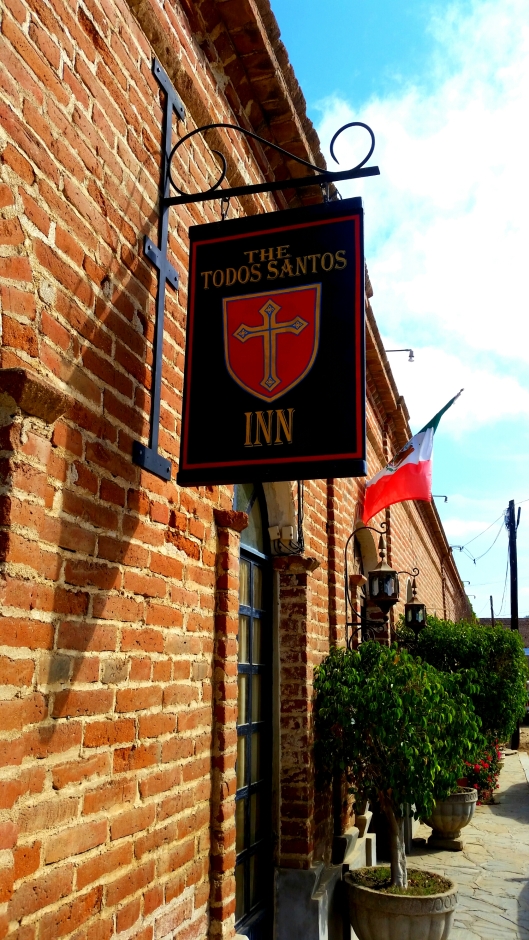 In addition to books, the library at the inn had a TV and a chess board waiting to be played 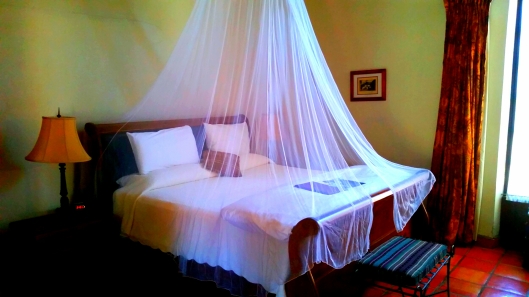 Our room at the Todos Santos Inn. No we didn’t sleep under the net. 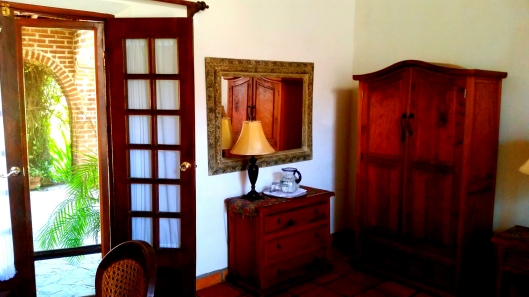 Another picture of our room. We had Terrace Room 1 which is one of the original guest rooms.

Small heated pool at the inn

Courtyard at the inn where it is said that a suitor dropped flowers from a helicopter to impress the owners daughter. I would be impressed! 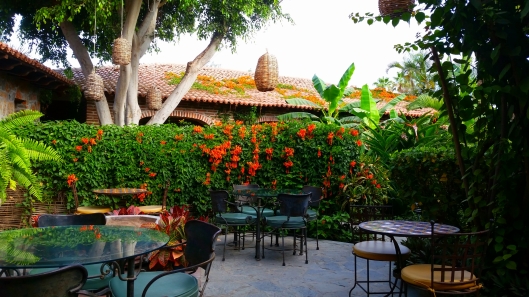 The patio where we enjoyed a free hot breakfast. Made to order. No buffet like at Holiday Inn Express. 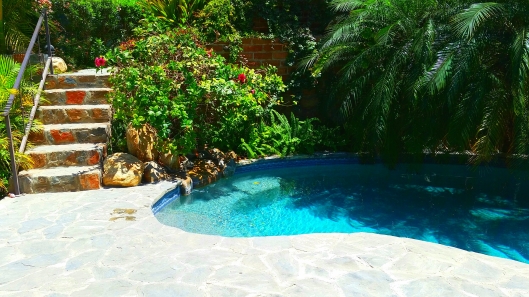 Loved the pool. Small and no screaming kids LOL

Those are all rooms to the right down the hall 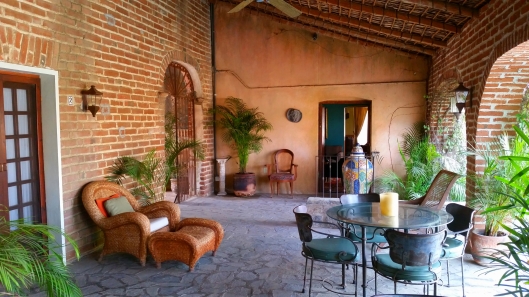 The terrace right outside our room. Oh how I wish we had stayed another day.

And of course the bar at the inn. Good margarita’s and I tried a drink made with Mezcal. It was good now can Gary recreate it? Gary’s martini had sweet vermouth instead of dry so I think that got a thumbs down.

Not as elaborate as we have seen but still pretty

Children dancing on the plaza 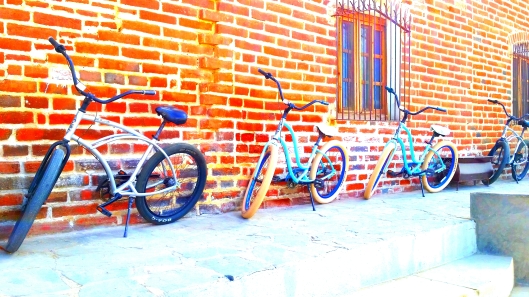 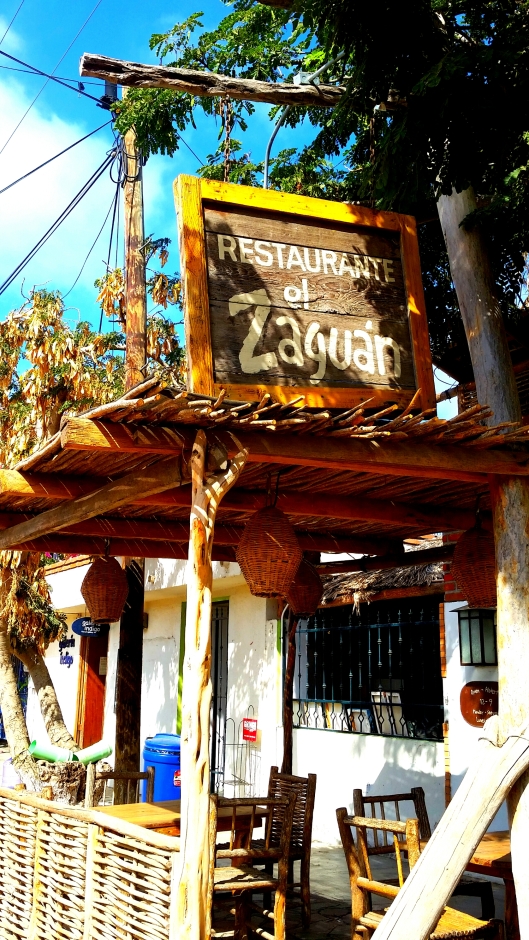 Despite the torn up roads and all the dust we were glad we went. As always we found good drinks and good food. If only we could get Sereno II from La Paz to Todos Santos in under 2 hours……